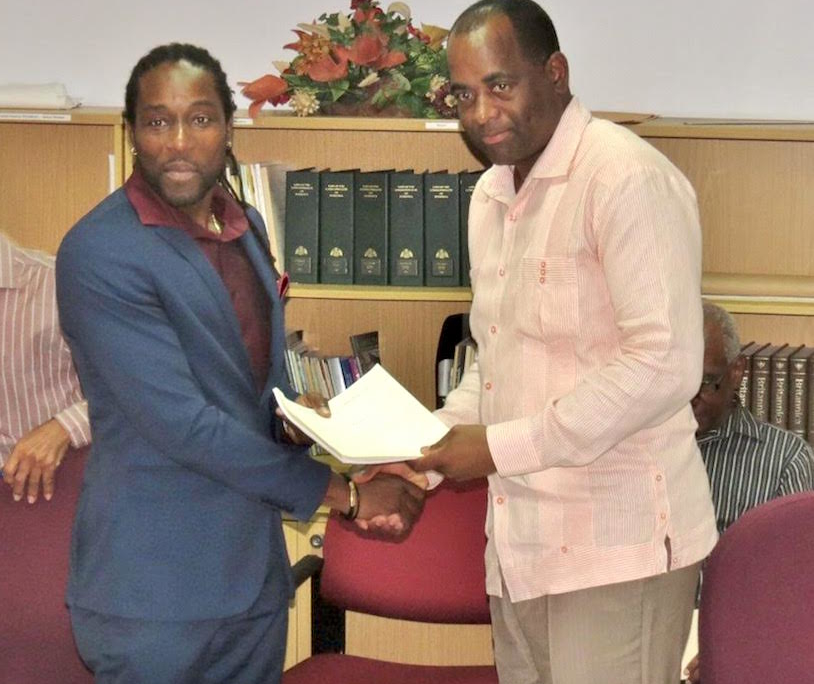 The agreement for the financing of the second project approved under the government’s Citizenship by Investment Program has been signed.

On Friday 18 December 2015, government signed an agreement with Sunstone Inc., a corporation of Dominica, for Tranquility Beach Resort Dominica.

Tranquility Beach Resort Dominica will be constructed on 2.27 acres of land in Salisbury and is the brainchild of developer, Dominican, Ian Edwards. It will be a seventy-three (73) room hotel with amenities including a spa, gym, restaurant, and conference facilities and will be managed by Curio – A Collection by Hilton.

“This journey for me started about sixteen years ago when I came for my first Creole Festival, I have never missed I might add, and from then my dream was to someday make a patriotic investment to my country,” Edwards said at the signing ceremony.

“The beginning of that dream was realized about a year and a half ago when I purchased the perfect piece of property on the coast of Salisbury,” he continued.

After purchasing the property, Edwards said he embarked upon intensive research, planning and design to progress this vision before meeting with the government.

“The government welcomed my project whilst keeping at the forefront, the protection of the integrity of the CBI program and by extension, of Dominica, and for that I commend them,” he said.

“A son of the soil, a product of the Newtown Savannah, a Bath Estate/River Street kawant, a kid who unfortunately did not complete high school, I’m humbly soliciting your support, your prayers, your blessings,” Edwards added.

The agreement was signed by Secretary to the Cabinet, Ambassador Steve Ferrol on behalf of the government and developer Ian Edwards of Sunstone Inc.

Prime Minister Roosevelt Skerrit, who is also the Minister for Finance, hailed the agreement signing as “another milestone” in his government’s quest to enhance the opportunities for private sector investment as well as its progress in encouraging investors to participate in the real estate option of the Citizenship by Investment Program.

“We’re indeed grateful to the developers, Sunstone Inc. for taking up the challenge given by government to encourage Dominican citizens to make use of the benefits that the CBI program provides,” Mr Skerrit said.

While this is the second project approved under the CBI Program, it is the first by a Dominican citizen which Mr Skerrit said is commendable.

An environment impact assessment has been conducted by the developers and was presented to Minister for Planning, Economic Development & Investment and Chairman of the Ministerial Committee, Dr John Collin McIntyre during the ceremony.